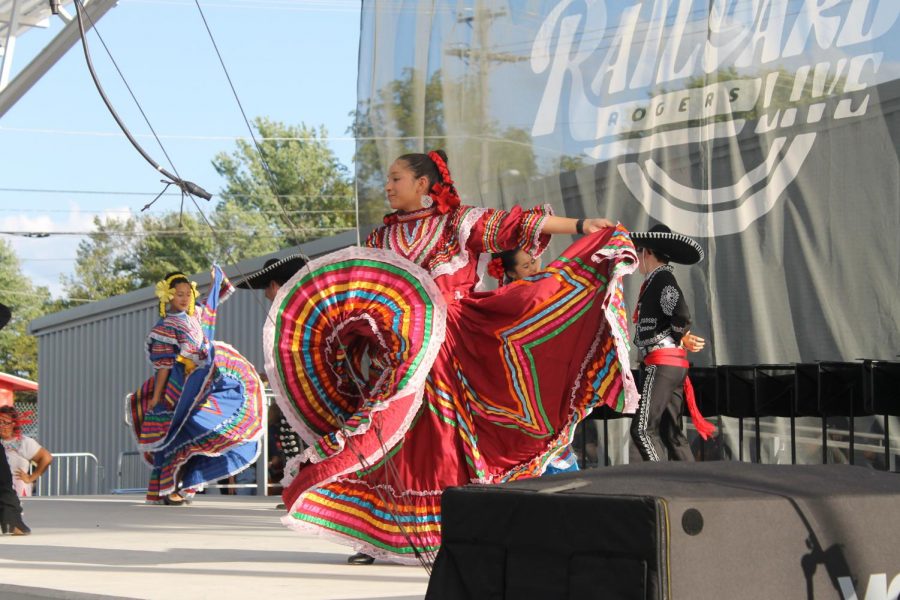 At the Railyard, Ballet Folklorico Herencia de México performed dances on the stage. There was also a Mariachi band who played between groups.

“No one can whistle a symphony alone, it takes a whole orchestra to play it,” Jacqueline Ledbetter (12) said.

Ledbetter is the first chair in the Intermezzo orchestra and has been playing the violin for 7 and a half years.

The Folk Fest allowed the orchestras from Lingle, Oakdale, and Heritage to start off an amazing year!