Are Video Games Good for You?

We give the ups-and-downs of playing video games to uncover the truth: are video games good for you? 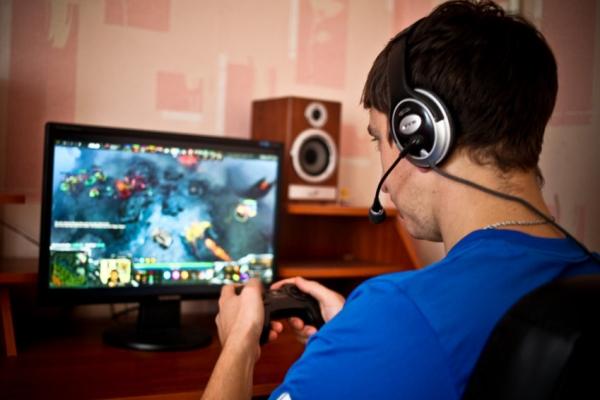 Video games; love ‘em or hate ‘em, they’re one of the biggest forms of media entertainment out there. From small games like Pac-Man and Tetris to huge triple-A games like Call of Duty and Grand Theft Auto, video games have been a sensation for a while now, and they continue to grow in popularity! Some say that video games can teach life morals and develop thinking skills, while others criticize them for promoting violence and wasting time. After researching facts and statistics for both sides of the argument, it’s time to answer the question: Are video games good for you?

One of the main points supporting the claim that video gaming is good for you is that it helps to develop thinking and problem-solving skills, especially with puzzle games like Tetris or Tomb Raider. While both games are pretty much entirely different, they are both puzzle games that require strategic and clever thinking in order to progress through the levels. Another supporting point is that first person shooter games such as Call of Duty and Battlefield help many people, especially young adults, with their cognitive skills, according to Medical Daily. This means that utilizing limited ammunition and weapon pickups strategically can help expand players’ knowledge and thinking skills. Out of all of these games, however, one has been at the top of many people’s reasoning for why video games are good for you: Minecraft. One of the most famous video games out there, Minecraft has managed to teach youths lots of life skills, such as confident exploration, geometry skills, increased creativity, teamwork, problem-solving, and resource management, among other things, all according to Life Hack. Games with deep stories and aesthetics, such as The Last of Us or Beyond: Two Souls, are said to teach us the values of love and life. And when it comes to multiplayer and cooperative games such as Rocket League or Terraria, a study done by John Velez and discussed in Engadget revealed that “players were more likely to help out pals in social situations and less likely to be hostile to friend and foe.” With all of these compelling claims and statements about the positive benefits of video gaming, what do people on the other side of the argument say about it?

Well, while many games can help you with life skills and morals, there are other games that arguably do the direct opposite. One of the most controversial game franchises out there is Grand Theft Auto, an insanely popular series about crime and violence. Many argue that while games like Minecraft can be good for young kids, too many are allowed to play much more violent and mature games like Grand Theft Auto. In fact, there have been numerous cases of young kids and teenagers committing real life crimes due to being inspired by these violent games. Another issue many people have with video games, in general, is that they waste valuable time to be productive. Kids will sit down and play video games for hours on end, completely disregarding homework assignments, chores, and other duties. In addition to that, there is a phenomenon referred to as “video game addiction”. As the name implies, this is when someone plays video games so much that they become addicted to it. Whether this is a real thing or not, it’s hard to deny that there are people who play video games more than they probably should. A study by Video Game Addiction found that about 8.5 percent of American youth show signs of video game addiction. Many also say that online and multiplayer video games such as Destiny and especially Call of Duty increase bad language and cyberbullying. In multiplayer lobbies and rounds, kids and young adults alike will curse and insult each other for no good reason.

So, with both arguments expressing evidence to why video games are or aren’t good for you, what is the overall answer? Well, it can be concluded that some video games simply shouldn’t be played by younger kids or teens, while many others should be used as an educational and moral advantage for everyone. So, the answer really just depends on the game, the age or maturity of the player, and the time spent playing. That being said, there really isn’t a solid answer!